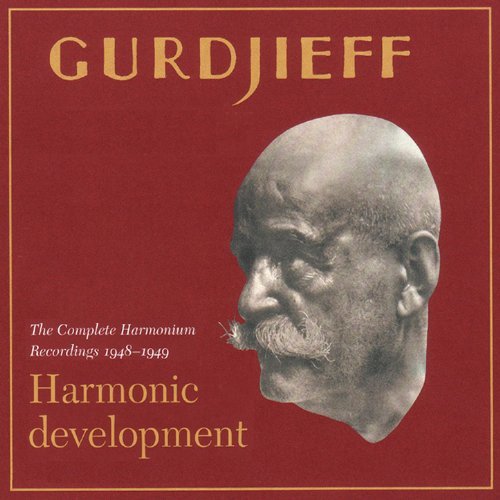 An early Gurdjieff Heritage Society project was to assist Gert-Jan Blom in the preservation of Gurdjieff’s unique harmonium recordings, most of them recorded in Paris in 1949 by Dushka.

Though literally melting away with age, the original wax recordings were coaxed back from the Gurdjieff heirs. These, together with wire recordings made in New York, copies of missing tapes unearthed amongst effects of the late Tom Forman, others from the New York Foundation’s closets, and from other private collections were salvaged, meticulously cleaned up and digitized by Gert-Jan Blom.

This urgent first step was accomplished just in time to save everything that Gurdjieff himself ever recorded from complete deterioration.

A boxed set containing Blom’s informative and well-illustrated book with 136 reconstituted recordings on two CD discs, and one MP3 (with motion picture footage from 1949) was released in November, 2004, under the title of “Harmonic Development.” 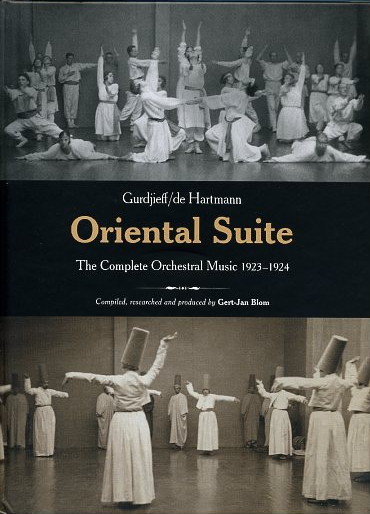 The Gurdjieff/de Hartmann piano pieces “Seid Dance”, “Song of the Aisors,” “Song of the Fisherwomen,” “Duduki,” and “Tibetan Masked Dance” scored into an “Oriental Suite” by Thomas de Hartmann, were beautifully recorded by the “Metropole Orkest” (Holland’s public broadcasting orchestra) which also performed them live with Gurdjieff’s “Great Prayer” in Amsterdam in June, 2002, before an enthusiastic audience of 1,500.

With the cooperation of the Gurdjieff Heritage Society these “forgotten scores” were located and conserved, the proper permissions acquired, tempos meticulously confirmed from Thomas de Hartmann’s own piano recordings, with the active aid of de Hartmann’s heirs, Tom Daly Sr. and his son, Tom Daly, Jr. Gert-Jan Blom, subsequently appointed Artistic Producer of the Metropole Orchestra and Musical Advisor of the Holland Festival, initiated and produced the entire project including recruiting outside financial support.

The enthusiastic reception of this first work led to the even more important recording by the Metropole Orchestra of all the extraordinary orchestrations Gurdjieff himself wrote out or dictated in 1923 to be used in his first Movements Demonstrations in Paris, and the reduced versions for a small orchestra that were required for the 1924 Demonstrations in America.

It’s Up to Ourselves 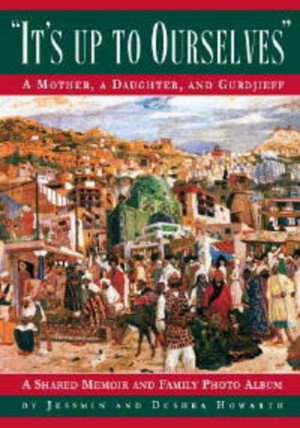 A remarkable mother-daughter memoir and unique perspective on Gurdjieff’s life and times, this long awaited book presents hundreds of photos, documents, and private letters. Colorfully portraying prominent people in the international community involved with the Work and its continuing development, the book offers unusual personal perspectives of Gurdjieff, the man, his family, and his teaching methods: Movements, music, writings, special dinner rituals, etc.

This 500-plus page hardcover book features an original painting by Alexandre de Salzmann based on the scenario of Gurdjieff’s ballet, “The Struggle of the Magicians.” 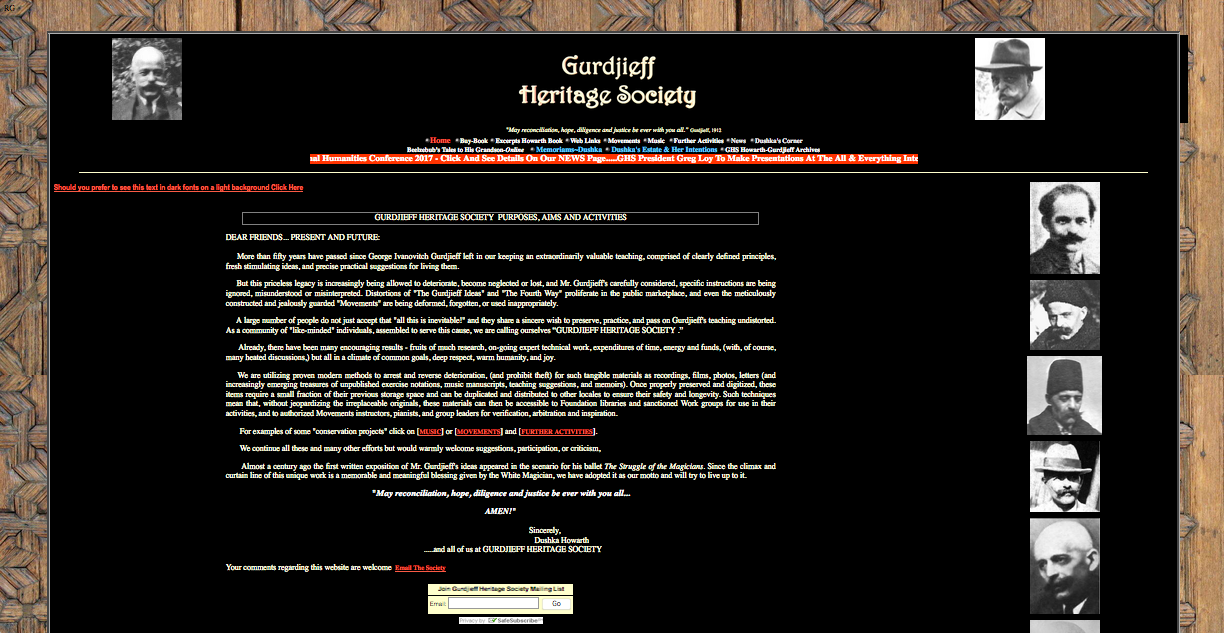 In 2006 after Dushka had finished her book, she finally had some time to work on a website. For several months she worked with her friend Stephen Foster spending many hours each week on telephone calls and on email exchanges. The work was completed and went live in December of 2006. The website includes many early photos of Gurdjieff, Dushka’s review and personal commentary on Movements, her replies to group emails, commentaries on past and present Movements history, current related news and events, music commentary, activities, and Dushka’s Corner – her personal page with some of her original humorous art. Later, after her death in 2010, many memorials and comments by others worldwide were added to the website. Collectively, the Original Heritage Website presents a unique source of Dushka’s personal views, thoughts and exclusive writings.

It has been sixty years since many of us, from various countries, used to gather twice a day in Mr Gurdjieff’s Paris apartment for his “ceremonial” lunches and dinners. These were always preceded by readings from Beelzebub’s Tales to his Grandson which, finally, after more that twenty-five years of meticulous rewriting by Mr. Gurdjieff, was ready to be sent to the printers. And, indeed, a few weeks later, Mr G. received proofs and approved them for publication just days before his death on Oct 29, 1949.

So the Gurdjieff Heritage Society is providing this complete online version of Beelzebub’s Tales in its authentic original form, to honor Mr. Gurdjieff’s expressed hope and sincere wish, that, as he articulated it “… according to your understanding you will all obtain the specific benefit for yourself which I anticipate, and which I wish for you with all my being.” In addition, Mr. Gurdjieff wrote to us all (in his Circular Letter January 13, 1949): “I intend that the first series of my writings shall be made freely available without payment to all who are in need of their help.”

Any chapter can be accessed quickly by using the index links. Each page has a chapter name and corresponding page number [in the brackets at the top of each page]. The page numbers refer to the original 1950 edition. Specific words can likewise be found by using our search feature below.

NOTE: This internet posting of the Tales is for reading assistance only, the source of this document is Copyright © 1950 G. Gurdjieff. Downloading for posting on the internet of all or any part for redistribution by an individual or group is prohibited. The sale or monetary profiting in any manner of these files are strictly prohibited. This entire text online is encoded to determine unauthorized downloaded copies.